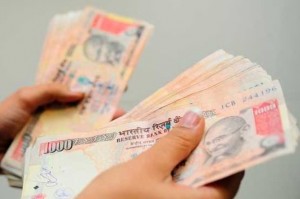 Hike in personal income tax exemption limit to Rs.3 lakh, deduction for housing loans up to Rs.5 lakh and upward revision in the medical reimbursement allowance are among the main expectations of salaried individuals from the budget 2015-16, the first full-fledged from the Narendra Modi government, according to an ASSOCHAM survey.

“An overwhelming of 92 percent of the salaried individuals, both men and women, said the government need to increase the income tax bracket from current Rs.2.50 lakh to at least Rs.3 lakh so that more money is left in the hand of common man/woman,” said the survey released by ASSOCHAM in New Delhi on Thursday.

While the wholesale price index inflation has gone into negative, there are still a host of items of common household use like fruits, pulses and vegetables which have witnessed the annual inflation between 8 and 12 percent between during January 2014 and 2015. “Thus, the inflation of these items is still a cause of concern for the common people and the budget must address the issue,” said ASSOCHAM secretary general D.S. Rawat.

The salaried income people also want that the income tax exemption limit for women should be raised to at least Rs.4 lakh per annum. The limit for exemption on saving instruments like fixed deposits, national saving certificates and public provident funds should also be raised to Rs.2.5 lakh so that savings at the household level gets a boost, the survey stated.

The survey was conducted in major cities like Delhi, Mumbai, Kolkata, Chennai, Ahmedabad, Hyderabd, Pune, Chandigarh, Dehradun etc. About 500 salaried class employees from the different sectors were covered by the survey from each city on an average. “At present, the limit of deduction of interest on housing loan is Rs 1.5 lakh per annum. This should be increased to Rs.5 lakh to boost the housing sector as also give relief to middle class families, according to 78 percent of the respondents,” the survey said. (IANS)