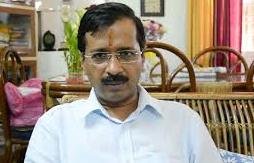 Kejriwal, who is on his way to meet the families of the two victims, tweeted: “Repeated rape of minors is shameful and worrying. Delhi police has completely failed to provide safety. What are PM and his LG doing?”

“I am on my way to hospitals to meet rape victims,” he added. It was reported on Saturday that two girls – one aged two-and-half years and the other five – were gang-raped in the national capital.

In the first case, the two-and-half-year-old girl was allegedly abducted from near a ‘Ramlila’ event outside her home in west Delhi’s Nangloi area on Friday by two men on a motorcycle. She was allegedly gang-raped and dumped in the area with severe injuries.

In the second case, the five-year-old girl was allegedly raped by two men known to her family in Anand Vihar area of east Delhi. The men, reportedly inebriated at the time, dumped her near her home after the assault.

A week earlier, a four-year-old girl was raped and tortured in Delhi. (IANS)