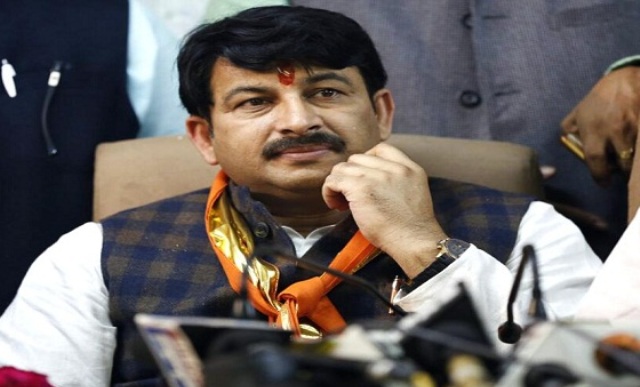 ONI Bureau:  The Supreme Court on Wednesday sought the presence of BJP MP Manoj Tiwari before it for breaking the lock of a sealed premises in Delhi’s Gokulpur village.

“It’s important that elected members should not defy the order of this court,” a bench of Justice Madan B. Lokur, Justice Abdul S. Nazeer and Justice Deepak Gupta said while issuing a contempt notice to Tiwari and asked him to appear before it on September 25.

Terming the action of Tiwari “unfortunate”, the bench said it shows a “disturbed affair where a member of Parliament is alleged to have broken the seal of some premises” despite sealing operation in terms of orders passed by the apex court.

Senior advocate Ranjit Kumar, assisting the court in the sealing issue, requested the court to take stringent action against Tiwari for breaking the lock of a sealed premises.

The monitoring committee said members of political parties and others were intentionally and deliberately violating the court’s order not to interfere in the sealing drive against illegal and unauthorised construction in the city.

It said the court should act tough against such persons to ensure that its orders were not violated.

Tiwari, meanwhile, again visited the village on Tuesday and protested against the sealing drive initiated by municipal authorities, Kumar told the bench.

He contended that the police has registered a First Information Report (FIR) against the Delhi Bharatiya Janata Party chief Manoj Tiwari for illegally breaking the lock.

He has been booked under section 188 of the Indian Penal Code (IPC) and 461 and 465 of the Delhi Municipal Corporation (DMC) Act.

“The monitoring committee requests this court to pass stringent directions, including initiation of contempt proceedings against Manoj Tiwari, MP, for seal-tampering so that sealing operations may continue uninterrupted as per the direction of this court,” the report said.

The top court has time and again warned political leaders not to politicise the issue of sealing and had earlier issued contempt notice to BJP MLA O.P. Sharma and Municipal Councillor Gunjan Gupta for preventing the committee for taking action against unauthorised constructions in Delhi but the two were let off after they tendered an unconditional apology.

A video footage of Tiwari breaking a sealed lock of a house in an unauthorised colony went viral on social media.

The sealing drive in Delhi is being carried out by a Supreme Court-appointed Monitoring Committee against business establishments using residential properties for commercial purposes. It is being implemented by three BJP-led Municipal Corporations of Delhi.

The committee was set up by the Supreme Court in 2006. In 2012, the apex court asked the committee to stop the drive. But in December 2017 it ordered resumption of the drive. (IANS)