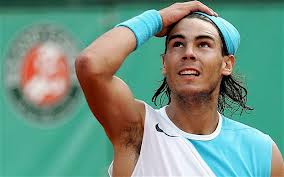 It marked his first win over Rafael Nadal since the 2006 Madrid quarterfinals. The 29-year-old Czech has not dropped a set this fortnight, and awaits the winner between three-time finalist Andy Murray and 19-year-old Australian Nick Kyrgios, who face off Tuesday night.  Berdych also reached the semi-finals last year in Melbourne. Rafael Nadal, the 2009 champion, was facing a top 10 opponent for the first time since defeating Novak Djokovic in the 2014 Roland Garros final.  (IANS)