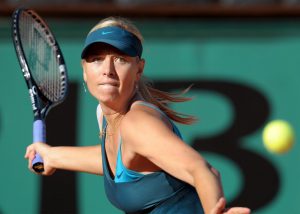 New York, March 12: Ace player Maria Sharapova, who sent the tennis fraternity into a spin by announcing that she failed a dope test at the Australian Open and was provisionally suspended, has blamed media for distorting the facts and failing to accurately report about what actually happened.

In a lengthy Facebook post addressed to her fans on Saturday, Sharapova said she is grateful to them for showing her a tremendous outpouring of support.

“But I have also been aware that some – not all, but some – in the media distort, exaggerate and fail to accurately report the facts about what happened,” she posted.

“A report said that I had been warned five times about the upcoming ban on the medicine I was taking. That is not true and it never happened. That’s a distortion of the actual ‘communications’ which were provided or simply posted onto a webpage,” she added.

She further wrote: “I make no excuses for not knowing about the ban. I already told you about the December 22, 2015 email I received. Its subject line was ‘Main Changes to the Tennis Anti-Doping Programme for 2016’. I should have paid more attention to it.”

The Russian star explained that the drug, Meldonium, which had been prescribed for a pre-existing condition for up to a decade, was added to a banned substance list only on this January 1, and she had “not known”. The World Anti-Doping Agency (WADA) banned the drug effective January 1. Sharapova, the World No.7, said she didn’t notice that the drug was banned by the WADA.

“But the other “communications”? They were buried in newsletters, websites, or handouts.
On December 18, I received an email with the subject line “Player News” on it. It contained a newsletter on a website that contained tons of information about travel, upcoming tournaments, rankings, statistics, bulletin board notices, happy birthday wishes, and yes, anti-doping information,” said her latest Facebook post.

“On that email, if a player wanted to find the specific facts about medicine added to the anti-doping list, it was necessary to open the “Player News” email, read through about a dozen unrelated links, find the “Player Zone” link, enter a password, enter a username, read a home screen with more than three dozen different links covering multiple topics, find the “2016 Changes to Tennis Anti-Doping Program and Information” link, click on it and then read a page with approximately three dozen more links covering multiple anti-doping matters,” she explained.

“Then you had to click the correct link, open it up, scroll down to page two and that’s where you would find a different name for the medication I was taking. In other words, in order to be aware of this “warning”, you had to open an email with a subject line having nothing to do with anti-doping, click on a webpage, enter a password, enter a username, hunt, click, hunt, click, hunt, click, scroll and read. I guess some in the media can call that a warning. I think most people would call it too hard to find,” Sharapova added.

The International Tennis Federation (ITF) said on Tuesday she would be provisionally banned from March 12. The usual ban for first-time offenders is two years. The failed drug test came on January 26 — after Sharapova lost to Serena Williams in the quarter-finals — and she was charged with an anti-doping violation on March 2.

“There was also a “wallet card” distributed at various tournaments at the beginning of 2016, after the ban went into effect. This document had thousands of words on it, many of them technical, in small print. Should I have studied it? Yes. But if you saw this document (attached), you would know what I mean. Again, no excuses, but it’s wrong to say I was warned five times,” the Russian player posted.

“I’m proud of how I have played the game. I have been honest and upfront. I won’t pretend to be injured so I can hide the truth about my testing. I look forward to the ITF hearing at which time they will receive my detailed medical records. I hope I will be allowed to play again,” she said.

The failed drug test could cause the five-time Grand Slam winner a spot at the Rio 2016 Olympics and the $298,000 she won in January at the Australian Open. (IANS)

India, IMF to set up centre for fiscal management