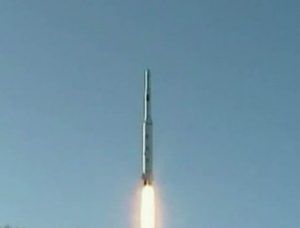 Seoul, Feb 29: South Korea is set to spend a total of 746 billion won ($603 million) on its space programme this year, as part of efforts to realise its long-cherished goal of reaching the moon. The science ministry on Sunday said it has also agreed with relevant ministries to allocate 200 billion won for the next three years to launch its first lunar exploration, The Korea Herald reported.

Starting this year, the project will focus on developing a robotic orbiter designed to circle the moon and a ground station to process data to be transmitted from space. The three-year project is the first phase of the nation’s space program aimed at sending a landing vessel to the moon by 2020.

To carry out full space activities, the South Korean government also plans to sign an agreement with US’ NASA for technological cooperation.

The programme also includes setting up manuals to better protect Koreans from a possible clash of space objects into the nation’s territory, as well as developing a number of satellites for public use and for national security. (IANS)

WhatsApp to discontinue on BlackBerry, Nokia devices by 2017: Report