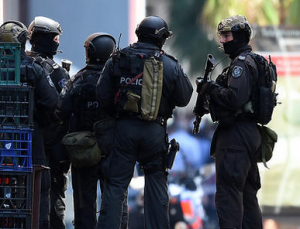 At least three people, including a staff member, were released by the gunmen at Lindt Chocolat Cafe in Sydney, but 37 others are still held as hostages. The motive behind the Sydney siege is still not clear.

The cops are reportedly in touch with the abductors to resolve the crisis without any bloodshed. While the police could not confirm the exact number of hostages inside the cafe, some put the number at 37, while others said 47 people are inside. The Islamic radical groups are believed to behind the incident, but it is yet to be verified.

Australian Prime Minister Tony Abbott expressed concerns over the development, but asked people to remain calm and do their business as usual. He did not rule out any political motive behind the hostage crisis.

Armed security personnel have surrounded the Sydney cafe. Further details are awaited. Meanwhile, security of the Indian cricket team in Brisbane has been beefed up.