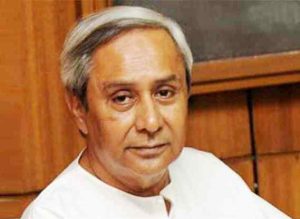 To achieve a sustained growth in agriculture and its allied sectors, the Odisha government has introduced “Biju Krushak Kalyan Yojana (BKKY) in 2013 Under this Yojana, as many as five members of each farm family are being extended health insurance coverage up to Rs.1 lakh per year.

According the report given by Mr. Gopalan, 5, 9055 deep bore wells are dug successfully till now, out of which 4,670 bore wells are connected with electricity. Approximately 14,251 farmers are not participated in this debate, so the government has consulted them and will take immediate step according to their views.

As of now, more than 5000 loan applications are sent to the banks. State government has planned to dig 20,000 bore wells in 2016-17. The government has decided to call notice for composite tenders, so that both bore well and electricity connection work will be held simultaneously. According to the report, implementation of the scheme is according to the need of the farmers. It will certainly help to provide assured irrigation facilities in Rabi season and protective irrigation in the Kharif season to the farmers in hard rock areas.

With Bhadrak, Puri, Kendrapara and Jagatsinghpur the scheme will be implemented in other 26 districts. According to the BKKY scheme, Rs. 3, 88,000 will be invested to dig each bore well. The BPL and minority people need to contribute Rs.20, 000 and Rs.10, 000 respectively, while the rest amount will be provided by government.